Race for dominance in the first white-knuckle edition of Need for Speed made just for mobile – from the developer that brought you Real Racing 3. Build your dream ride with an unbelievable range of cars and customizations. Launch yourself between chaos and control as you hit the loud pedal and roll into underground car culture. Win races, up your rep, then kick into more races, more customizations, and more cars. Make your choices and never look back. Tonight we ride!
This app offers in app purchases. You may disable in app purchases using your device settings.

CUSTOMIZE EXTREME RIDES
Pick up the real-world cars you’ve always wanted, from the Subaru BRZ to the BMW M4, McLaren 650s, Porsche 911, and more. Then trick them out with the hottest customization system on mobile, from spots like the Mod Shop and the Black Market, giving you over 2.5 million custom combos to play with. Your rides are waiting – take them to the stages or streets to go head-to-head versus the competition and prove yourself.

DRIVE FAST – AND FEARLESS
Steer onto the streets of Blackridge, driving reckless and juiced as sparks fly. Accelerate over jumps and around debris, into traffic, against walls, and through high-speed Nitro Zones. Flip on the nitrous and thrust yourself into another level of adrenaline-fueled driving and drifting. Around every corner is a fresh race as you clash with local crews and local cops. It’s a world full of wannabe drivers – can you stay in front and earn respect?

RACE TO WIN
Never back down as you race anyone crazy enough to take you on, leave them gapped, and increase your rep. Dig, drift, drag, and roll your ride to wins with police on your tail, hitting each inch of the map hard by the time you reach the big end. Burn rubber in over 1,000 challenging races – and that’s just the starting line. Be notorious, own the streets, and score the world’s best cars. Because one ride is never enough!

WHAT’S NEW
Dino, one of Speedhunters tuning experts, has chosen you to be his driver to take down the competition in a special JDM tournament.
• Compete in the Speedhunters Special Event to win the NISSAN Skyline BNR34 GTR
• Complete the 2 new Fastlane Special Events to win the 1997 Nissan 180SX Type X and the 1969 Dodge Charger R/T
• Look out for new limited-time rewards on replay events to earn Blueprints for rare cars
• Take advantage of limited-time bonus Fuel and Rep events 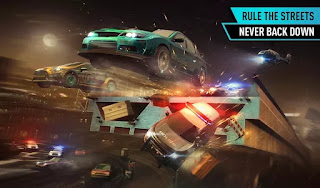 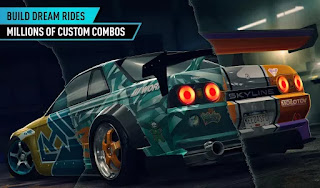 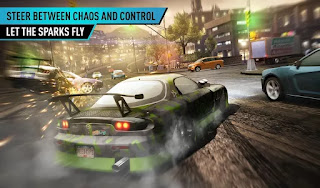 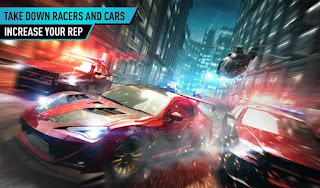